Why Did the WeWork IPO Fail?

WeWork cancelled their controversial IPO late in September, after increasing investor concern around their precarious financial position. Their biggest shareholder, Softbank, invested on a valuation of $47bn pre-listing, and now had to bail the company out on a sub-$10bn valuation, in a deal that is expected to see the company narrowly avert bankruptcy. 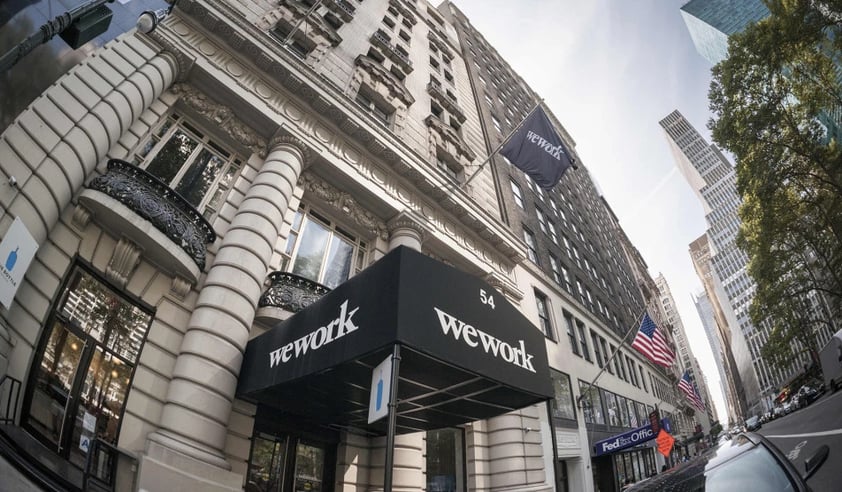 Pre-IPO companies do not have the same disclosure requirements that a listed company will typically have since the exchange of listing will impose additional requirements on the company before an IPO is approved. While these requirements are not designed to ensure that the company is a good investment, they do help avoid management misleading investors around the business’s health.

In the case of WeWork, these additional disclosure requirements gave investors an eye into never-before-seen aspects of the company’s financial position. The deal also gave a people an inside eye into how Adam Neumann, the company’s CEO, ran the business. Revelations that included turning up to investor meeting hungover, smoking marijuana in the office and sex parties on the company dime certainly weren’t what investors want to hear as the company’s valuation tanked.

Rumours circulated around financial markets that the company would more than halve the IPO price to $20, which fed through to more investor concern around the financial health of the company. The low valuation by default made future capital raising activities more dilutive, which further reduced the perceived attractiveness of the investment. This continued until a point where the company’s ability to raise enough capital to keep its business operations afloat was thrown into question, raising the possibility of bankruptcy.

As part of its rescue package, the organisation’s largest shareholder, Softbank, required the Neumann to step down and paid him $2.5bn to do so. Against the backdrop of what would appear to most a catastrophic failure, headlines of the CEO getting a $2.5bn payout while other shareholders naturally take people by surprise. Since shareholders backed the deal, it certainly isn’t the case of a defensive management team using outsized influence to write their own paycheques.

The reason for the payout lies in the fact that the company is still worth some money in the eyes of shareholders and can be saved from bankruptcy with a large enough capital injection. Given these circumstances, the CEO’s shareholding needs to be bought out if his power within the business is to be eliminated. The $2.5bn payout was for the acquisition of his ownership interest in his company, which Softbank continues to believe is a good investment at the right price and was not a reward for good performance. In a nutshell, this explains the extent of the payout.

Defenders of WeWork often talk about bad timing, claiming that negative sentiment around the company got out of hand. Other analysts, however, point to companies like Facebook, which had IPOs in market environments which were much less forgiving of potentially overvalued tech companies. For long term investors, it is important for businesses to manage all economic circumstances they may face. If a business model falls apart when markets are close to all-time highs, most investors would be very sceptical of the ability of such a company to survive a more severe economic downturn. This makes sound unit economics and a route to monetisation an important aspect of a tech start-up that aims to be commercial.

The tech businesses that have been struggling are generally the ones that have had a much longer pathway to monetisation than investors anticipated. This makes investors very nervous when the markets tank, since the extent of future ownership dilution becomes hard to predict. Building a company up to a $47bn valuation certainly makes Neumann is a talented executive, but the business may need more input from outside investors to monetise their offering.

How Other IPOs Have Been Tracking

Facebook, one of the first major tech IPO’s of this cycle, sold shares to shareholders at $37/ share. The IPO was not successful for initial investors at first, with the company’s share price declining to $18 within a few weeks of the IPO. Investors who bought at the bottom and kept holding onto the stock had the potential to make more than 10x their money when the share price recovered. Zuckerberg’s ability to achieve and maintain global market domination, in addition to successfully monetise his user base through aggressive data collection and very targeted advertising, paid off for shareholders.

Snap’s share price fell over 75% after the company’s IPO, as a result of consistent failure to monetise the offering. Facebook copied several of the platform’s features in Instagram, which reduced the incentive for users to switch social media platforms. The CEO also said that the business “may never be profitable”, which did not sit well with investors in an uncertain climate. While such a statement sounds strange at first glance, coming from a company CEO, the unrelenting focus on revenue and user growth in Silicon Valley creates CEOs who run businesses with a very different mindset to most executives.

Uber Technologies, the pioneer of ride-sharing, saw it’s share price declined by 8% after the IPO. The only management shake-up in the past three years was the ousting of CEO Travis Kalanick, who went on to start a food delivery business. Nevertheless, since this news was already in the price post IPO, the main catalyst causing the share price fall was negative sentiment around Uber’s valuation. There are also concerns around an ability to monetise the product in a market that is currently suffering

One company that is set to IPO soon is Airbnb. Airbnb’s last valuation came in at $35bn, but the company is looking towards an IPO price of $100bn next year. As most investors know, companies that triple their value in a year are few and far between, so Airbnb’s management team are certainly setting high goals for themselves. The company has consistently ranked in the top five unicorns globally and landlords have been known to double their rental yield within a year from listing properties on the platform, so management certainly has a great ability to execute.