What’s All The Fuss About Blockchain?

It’s easy to get bogged down in jargon and technical complexity when looking at the fascinating world of blockchain, so we will try to keep to the basic concepts as we review this exciting technology and its vast range of potential applications and benefits

Blockchain is a system onto which we can securely record data, digital assets, transactions and the like – essentially anything that we don't want hacked, accessed, copied, modified or tampered with. Once something is put on blockchain, it can’t be changed and a transaction will only be verified if it follows the rules governing the blockchain.

Essentially, blockchain is all about establishing trust, transparency and traceability in the online world. [1]

The founder of Bitcoin  (and, effectively, blockchain), Satoshi Nakamoto (a presumed pseudonym of an unidentified person or group of people) published a white paper in 2008 that explained the basics of "mining" data into a block.

Think about a blockchain as a widely distributed database that maintains a shared list of records (of whatever data or digital asset or transaction that you want to record). These records are called blocks. Essentially, each encrypted block of code includes the history of every block that came before it. 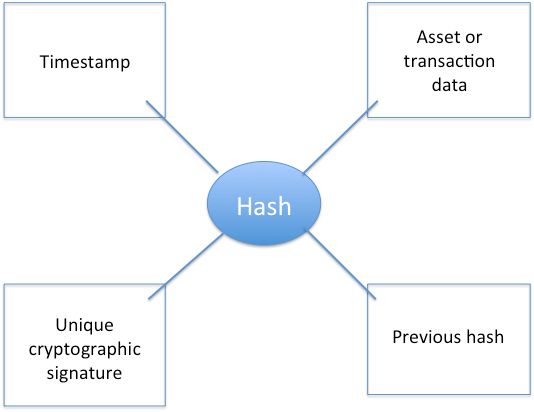 Then, a hash (a time-stamped link that verifies the timing of transactions down to the second) is used to chain those blocks together across a decentralized network of "nodes" that verify each and every transaction – hence “blockchain”. 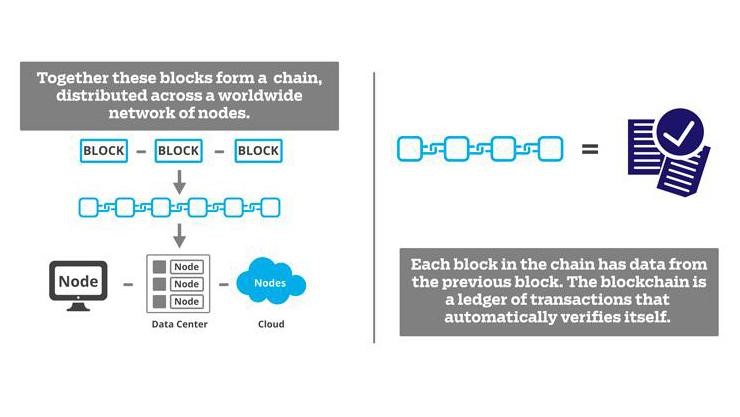 The other key innovation in the Nakamoto white paper is the use of what's known as the proof-of-work (PoW) model to create distributed "trustless" consensus and solve the double-spend problem (that is, to ensure that cryptocurrency isn't spent more than once, or individual transactions or assets transfers are executed only once).

A "trustless” system means that because the blockchain verifies each transaction through PoW, no trust is required between participants in a transaction. The proof-of-work comes from the data miners. A P2P decentralised network of data "miners" generates PoW as they hash blocks together, facilitating and verifying transactions that then go into what is known as the immutable ledger.

Everyone in the network can see this shared transaction ledger, but there is no single point of failure from which records or digital assets can be hacked or corrupted. Because of the decentralised trust, there's also no one organisation controlling that data, be it a big bank or a tech giants like Facebook or Google.

Blockchain's potential is so vast because when it comes to digital assets and transactions, absolutely anything can be applied to a blockchain.  Institutions such as banks, governments, and large corporations have traditionally played the role of risk manager to facilitate trade and commerce. Now, for the first time, smaller organisations can use technology to manage risk themselves to lower uncertainty and reduce the cost of doing business.

While some only see blockchain in speculative terms (think Bitcoin) and accordingly dismiss it because it lacks mainstream acceptance, the foundation of the underlying technology is actually a serious innovation that has the potential to transform economies and people’s lives.

It’s unsurprising that the big banks, tech giants and large global corporates are some of the first movers in blockchain technology because big business is attracted to innovation that simplifies business, increases speed of transaction and reduces cost. The rise of blockchain-based smart contracts turns blockchain into a vehicle to execute all manner of complex business deals, legal agreements, and automated exchanges of data.

At the same time, many startups and disruptors are using blockchain to keep them at the cutting edge of technology change so that they remain nimble, customer-driven, low cost and disruptive to traditional business.

While there are regulatory and legal hurdles to overcome (that’s nothing new in this age of rapid technology change), first movers are making huge strides in developing the technology, which is arguably the biggest tech innovation since the internet itself. Within the next ten years, large components of our digital lives may begin to be built on the foundations of blockchain.