With the broader Australian economy recovering and performing strongly, and a booming property market, investors rightly should consider the big four banks as a cyclical and value play. Westpac (ASX: WBC), of note, has the strongest year to date performance of the four, growing 29% compared to 5%, 16% and 25% at Commonwealth Bank, NAB and ANZ respectively. In fact, at $25.24, WBC share price is up 63% since this time last year, and almost fully recovering its share price of $25.81 in mid-February 2020, when it fell off a cliff like many other companies during the oncoming of the COVID-19 pandemic. 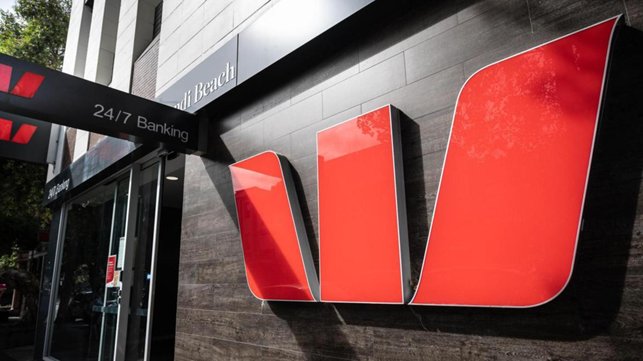 Westpac (ASX: WBC) released a strong first quarter update, with highlights included a cash profit of $1.97 billion, up a staggering 144% from the quarterly average of second half of FY20. Stronger economic conditions, a vastly improved outlook as well as improved credit quality led to impairment benefits of half a billion dollars. The improved credit quality and reduction in stressed assets should continue to assist Westpac’s prospects in the coming quarters. In particular, mortgage deferrals continued to decline, with a significant roll off expected during the current quarter, which should have a noticeable positive impact in the upcoming earnings announcement.

With Westpac ASX claiming 23% of the market share in gross lending (with CBA leading the pack at 25%), compared to 14% each of ANZ and NAB, and mortgages accounting for 60% of Westpac’s portfolio, Westpac ASX is in a strong position to continue to capitalise on the booming housing sector in regard to earnings progression. This is combined with the tailwind of steepening yield curves, which makes it more profitable to borrow short and lend long term, which in Westpac’s operations will mean holding short term deposits and using them to lend out home loans. This will have a direct positive impact on WBC share price’s net interest margin, which first quarter results showed were a significant factor in driving solid cash profit growth. The effects of the net interest margin benefits from the steepening yield curve will be proliferated by the demand for home loans due to the aforementioned property boom, a synthesising effect that investors should be bullish about for the banks. From the first quarter update, current net profit margins are at 2.06%, up 3 basis points from the previous period.

Peter King has been coy about the impact of credit growth on the WBC share price profits, but is anticipating credit growth of around 5%, although it wouldn’t be a like for like increase in mortgage profits due to bad debt and price-based competition, although bad debts should be reducing with current favourable conditions.

As with many blue-chip shares, a big draw to investing in them is for their dividends. If this is the case, WBC share price ASX has been disappointing of recent times, being the only one of the big four who did not pay out an interim dividend and paid out a measly $0.31 per share for the end of year. Despite paying out a record fine, the strengthening economy, asset sales, its strong first quarter results and APRA’s removal of the payout ratio leash should lead to Westpac ASX paying out solid dividends, with Commsec forecasting a fully franked dividend of $1.09 per share.

A large issue hanging of Westpac ASX’s head was settled back in March this year, when anti-money laundering regulator AUSTRAC settled the aforementioned record $1.3 billion for the anti-money laundering regulator to drop its case against Westpac. However, the settlement was the easy part, with Westpac ASX having to implement a response plan to the issues raised by the investigations. There is potentially a significant distraction to business operations and cost to overhauling its processes and systems, with Westpac being dogged by claims of failing to stop money laundering and even child exploitation.

Furthermore, a part of the response includes divesting in non-core business assets. They have already sold general insurance to Allianz SE for $725 million and its pacific business to Kina Securities for $420 million, with Westpac ASX still needing to sell other assets including life insurance, auto finance and wealth management. Although the obligated sale of assets could be seen as a loss for the bank as a mark of how they couldn’t operate it properly and ethically, and a process which is distracting to business operations, these asset sales is something that will significantly boost the finances of the WBC share price and provides more confidence for dividend payouts.

Westpac ASX CEO Peter King is also strongly considering demerging from its New Zealand business operations, with the potential Kiwi spin-off company being worth over $10 billion. This is in light of the tougher capital requirements, where the Reserve Bank of New Zealand requires Westpac ASX’s New Zealand business to be structurally separate from its Australian operations, so a demerger may make sense to them. There are even some suggestions that it could be sold off if a favourable offer is made, as King prioritises focusing on its core Australian business. However, this is unlikely as the big four Australian banks also dominate the banking sector in New Zealand, with New Zealand operations contributing to around 15% of Westpac’s ASX profit and is well positioned to keep generating solid returns in retail and commercial banking across the ditch, despite some regulatory headwinds.

All eyes will be on the WBC share price on May 3, as the first half results are announced, providing a catalyst to near term target prices, so the investors who are convinced by WBC share price’s turnaround from its AUSTRAC mediation and its ability to go to further strengths on favourable macro conditions should consider getting in before then. With a P/E ratio of 20.49, it is trading similar to CBA, but higher than NAB and NAZ whom are trading at trading at 18.52 and 16.62 times, respectively. Although the latter may seem to be of better value, it would be far from recommended to invest on the one ratio, and ignoring a solid analysis of the specific business, its outlook and risks.

Westpac Ltd (ASX: WBC) is one of the largest publicly listed banks in Australia. WBC has a market ca...