In his address to the QBE Insurance Group (QBE: ASX) Annual General Meeting, QBE Chair Mike Wilkins announced that he expected dividends to return for 2021. These dividends could be up to 65% of cash profit, with investors in QBE shares would ideally be hoping for dividend payments at levels pre-pandemic, where payments were over $0.20 in 2018 and 2019. 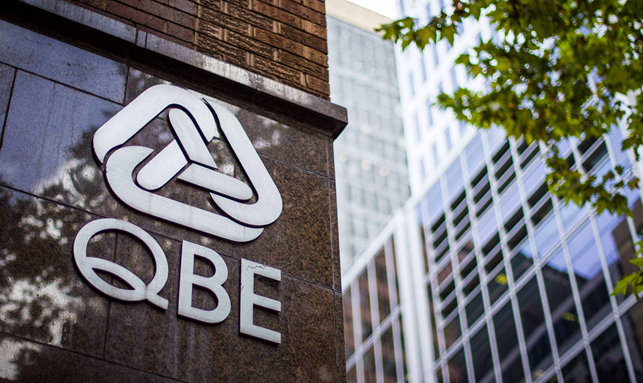 Wilkins is quite bullish on the economic outlook for 2021, pointing to IMF’s figures of 6% growth for the global economy. These economic tailwinds are predicted to continue QBE’s solid financial performance which has been announced.

QBE has performed particularly well in the northern hemisphere, where pricing momentum contributed to improvements in its attritional ratio, which is the net costs of claims as a percentage of net earned premium. Furthermore, growth in its top line performance was the best in years, with the underlying gross write premium (GWP) up 10% in 2020, which continued in the first quarter 2021 with 8.9% compared to the same time last year of 7.3%, a solid improvement. A lot of this was driven by higher crop premiums due to higher commodity prices. Furthermore, net earned premiums were up 6% (excluding crop insurance), showing business resilience aside from crop windfalls, and Wilkins expects it to grow through 2021.

These results are quite solid when viewed in light of major catastrophic events in the first quarter of 2021, with the winter-freeze in Texas triggering widespread power outages and burst water pipes, the east coast floods which included one in one hundred year events and Cyclone Seroja in Western Australia. This contributed to a net catastrophe cost of around $260 million, with $230 million in catastrophe claims incurred which was well above QBE’s first quarter allowance of $180 million. Despite all this, the Group’s operating ratio remained in line with expectations, so expenses were fairly well managed and accounted for.

QBE’s decision to adopt lower asset duration relative to the Group’s insurance liabilities, in light of global yields steepening, resulted in a net market-to-market gain from higher risk free rates of around $70m, with the Group’s fixed income running yield increasing 10 points to 50 points this quarter. The PCA is Prescribed Capital Amount, where APRA requires an insurer to hold capital in excess of its PCA which is calculated based on an insurer’s risk levels accepted. Thus, QBE maintains a strong balance sheet with a PCA multiple at 1.73x, in the top half of the target range of holding 1.6 to 1.8 times its PCA.

These results come after what was a very disappointing 2020, where performance was heavily impacted from the Covid-19 pandemic, heightened catastrophic events and a deterioration of reserves, resulting in no final dividend. Furthermore, the Group had a low annual return on investments from adopting a conservative asset allocation, due to being bearish on the economy and its uncertainty from the pandemic, missing out on what ended up being a strong recovery after initial falls.

With already a conservative asset allocation pre-Covid, with only 2% equities and 4% sub investment grade fixed income, QBE dropped out of these positions completely and had a portfolio that was just 93% investment grade Fixed Income and 7% unlisted equities, with no exposure to equities or riskier fixed income assets. This led them to have a measly investment yield of 0.9% in 2020, compared to 4.4% the year before it. Decisions like this should make a potential investor in QBA stocks have some qualms about company management.

This is particularly as QBE is still more than 30% below its pre-covid highs and 70% below its all time high in 2007, with an average total return of -2% for the last five years. Shareholders were outraged last year over the dismissal of CEO Pat Regan over workplace communication incidents which wasn’t fully explained, with Wilkins stating that Regan had exercised “poor judgement”. Furthermore, QBE narrowly avoided a second strike in the 2019 AGM.

However, UBS has rated QBE a buy at current prices, as has exposure to large corporate accounts in speciality accounts which has been responsible for strong premium rate increases. QBE was up 4.1% on the day of the AGM, finishing at $10.45.

Why CSL Has Significantly Underperformed The Market

Whilst the ASX200 has shot up since pandemic lows in March 2020, those holding CSL would be quite di...