With Qantas (ASX: QAN) only listing two Sydney-Auckland flights per week, they are prepared to ramp up quickly as Jacinda Ardern announces quarantine free travel between New Zealand and Australia in a fortnights time. She went on to explain that for travel purposes, she would treat Australia as a region of New Zealand, and manage outbreaks that way. Ardern encouraged travel, with a noted warning to prepare for last minute travel disruptions in case of an outbreak. 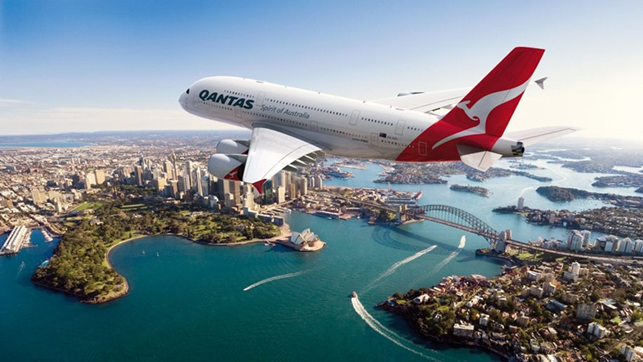 Things are looking good for the aviation industry and Qantas is in the best position to capitalise on favourable tailwinds as Australia’s market leader. In fact, it has improved its market share of the domestic market to 74 percent, up from 60 percent from pre-Covid times which mirrors the 14 percent slump Virgin airlines has experienced in this same period, as Virgin owners Bain Capital has pursued a strategy of downsizing its fleet.

This market share trend has also played into the budget airline market, with Tiger dropping out of the market, also due to Bain’s strategy, the market has shifted towards Jetstar even further.

Qantas as well as its subsidiary Jetstar recorded 130,000 bookings within the first 12 hours of the release of the government subsidised half price fairs to regional locations, with locations including the likes of Whitsundays, Broome and Burnie right across Australia. This higher traffic also spilled onto the non-subsidised routes, with Qantas recording increased bookings from more traditionally popular routes such as Sydney to Melbourne.

This shows the pent up demand for travel which is sure to keep up as the economy eases up further and further, and Australia maintains its strong record on mitigating outbreaks.

Not only does it dominate international and urban domestic routes, it is starting to find more opportunities in regional routes, with the first Qantas flight touching down in Mount Gambier in South Australia a few weeks ago, marking an end to the 14 year monopoly regional airline REX had over the regional city. This not only provides more flights to regional areas such as Mount Gambier, but the competition drives down prices, allowing for people to put a greater consideration to take a weekend escape to there, or away from there, whereas previously it was not an economically viable option for many families.

Qantas is currently trading at $5.22.

Qantas Ltd (ASX: QAN) is the market leader airline operator in the Australian domestic market and a ...

Qantas Ltd (ASX: QAN) is the market leader airline operator in the Australian domestic market and a ...