Investing in Biotech - What's New In This Booming Industry?

One of the industries set to be transformed most by technology is medical research. The 20th century was a marvel for medicine but will be nothing compared to 21st-century medicine which genomics, AI and advanced analytics stand to disrupt. This acceleration is so profound that the average person born today will become a centenarian, and the first person to live past 150 has most likely already been born. If realised, this will be the fastest acceleration in life expectancies in history. China has recently filed more patients than the US, promising, in combination with increased research from other parts of the world, to at least double our rate of progress. 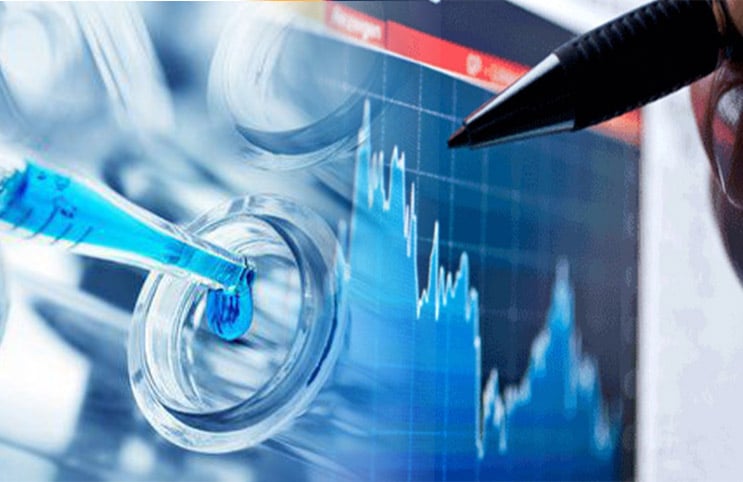 Venture capitalists and private equity firms have already realised the potential of this trend, increasing their investments in biotech by 232% between 2010 and 2018 (Source: Macrovue). We have chosen to play the trend through a focus on clinical genomics, a fundamental leap forward in technology that will touch everything from cures, immunotherapy and even aging. CSL, the favoured Aussie pharma giant, is investing heavily into gene therapies because they recognise the enormous potential the technology has. Having turned each IPO dollar into more than $120, they aren’t a company known for making mistakes.

One trend occurring against the backdrop of an aging population in pressure on healthcare systems that struggle to cope demand for treatments that rise much faster than budgets. This is set to put particularly high pressure on treatments in the $50-100k price range, which are set to come under severe pricing pressure. The only way out of this trap is to aggressively expand research and development capabilities, whilst producing innovative drugs that people have a strong need for. Companies can also choose to concentrate on lower-priced segments of the market and generate high margins through a mass-market product.

Enhancing technical and operational capabilities will also be an increasingly important factor for biotech companies looking to establish a position of market dominance. Lean, agile and efficient manufacturing is hard to replicate, as companies need to develop a team of scientists who work productively on long term projects. They also have to develop a unique company culture, which is difficult for competitors to replicate. Methodically adopting lean practices and outsourcing non-core functions are likely to be reflected in higher margins, which we monitor closely within our biotech coverage universe.

Another trend that is set to transform the biotech sector is big data. Predictive modelling of biological processes and real-time trial monitoring can accelerate the development of drugs and reduce costs. This is one of the reasons why patient applications have soared over the past few years. Companies that do not utilise big data effectively are set to be left behind, as they will by and large have less results that cost more money.

There are a couple of ways that we have been playing this trend recently, the first international and the second domestic. This is in line with our view that while there are some great biotech companies in Australia, it is certainly not the only part of the world where you can find great opportunities.

Prior to reporting season, we had a buy recommendation on Aussie pharma giant CSL. We set the buy a while ago, since the company had great long-term growth prospects. CSL has two main business units, with CSL Behring focusing on the blood plasma market and Seqirus focusing on influenza vaccines. Seqirus revenue grew by 12% over FY19, slightly outpacing the 11% growth in CSL Behring. Profit only grew by 11%, but this margin contraction was caused by increased R&D expenditure for a newly introduced drug which was expected by investors. We expected the company to perform roughly in line with market expectations, which it did.

The reason why we held CSL, and why it is up more than 6% today, is FY20 guidance. When companies release results, they often accompany them with forecasts for the following year. Investors will follow these forecasts closely and compare them to what they were expecting going into reporting season. In CSL’s case, they were well ahead of expectations. This made investors reassess their views on CSL, causing a share price rally.

Other interesting developments include the announcement that one of their gene therapy products is ready for phase I testing. While product monetization is unclear and still a few years off, the company is aggressively pursuing gene therapies to stay relevant as the world of medical research continues to evolve rapidly.

CSL is also expanding its presence within the Chinese market, where demand for healthcare is booming. While the trade environment is uncertain with the US-China trade war, top tier hospitals will usually choose genuine products to maintain their reputation for quality. If the company’s Chinese expansion takes off, they would have opened a huge market in which to sell their products.

The main point holding some investors back from CSL is the company’s stretched multiples. The business trades at 41.75x earnings and has a PEG ratio well above 3, a signal of overvaluation. While it does trade significantly above comparable businesses, bulls would argue that the CSL’s ability to maintain its growth rates over the long term, high margins and sustainable competitive advantage justify the price. While CSL may not be as good a buy now as when we first choose it, it might still be worth looking into alongside international opportunities to profit from a revolution in medical technology.

Internationally, we have chosen to concentrate on the theme which we believe is the most promising in biotech, that being gene therapies. Quantum leaps in gene technology has seen the cost of sequencing a human genome come down from $100m in 2001 to just over a $1000 now. One of the companies we invest in, Illumina, is set to drive this cost down even lower. Much like genes are the building blocks of life, sequencing is the building block of gene therapy. We recently introduced this Vue in April, and it is slightly up (3.7%) since then.

Individual patients possess unique genomes, which causes people to have varied responses to the same treatment. It is the same reason why some people are allergic to certain foods while others are not. People can personalize cars, diets, exercise plans and almost every other product on the market, but it is still too costly to personalize medicine.

That is what the human genome project, which sequenced a full genome in 2003, looked to change. By progressively getting better and better at genome sequencing, gene therapies become far more affordable for patients.

There is a 200% CAGR in human genome sequencing (Source: Macrovue), highlighting the explosive potential of this part of the industry. While it is not yet widely known and is not a mass market technology, increased investor awareness and commercial success could cause the share prices of gene therapy companies rallying rapidly.

The technology has given rise to two product groups which scientists are currently developing, these being replacement gene therapy and gene editing. The former involves the creation of a modified virus, called a vector, which is the agent that carries a new gene into a human cell membrane. The latter involves a synthetic guide RNA which targets the DNA strand, cuts it and replaces it with a healthy one. Diseases such as cancer spread by changing the DNA of cells, so being able to counteract that at a microbial level is a complete game-changer for medical research.