GameStop – Short Squeeze Of A lifetime?

You probably haven’t heard the name ‘GameStop’ in over a decade. The American video game and electronics brick and mortar retailer’s business model is one that has become predominantly obsolete with the rise of downloadable games and modern gaming consoles. 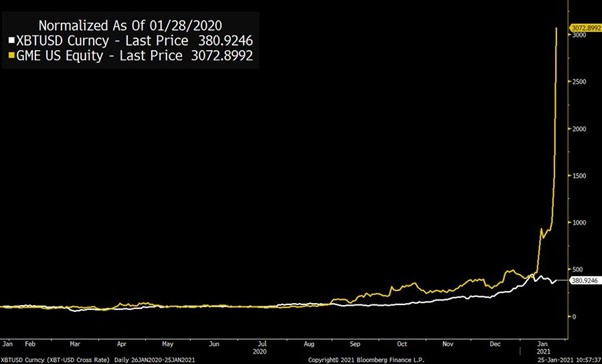 As a result, the company’s stock, listed as ‘GME’ on the New York Stock Exchange, has fallen over 90% in the past decade alone. You may, however, wonder why GameStop has made headlines recently and this is because this ‘failing’ or ‘obsolete business model’ has rallied nearly 2000% YTD, with one of the most significant moves coming overnight, with the share price up ~135%.

This has happened in a very Hollywood-esque ‘little guy beating the corporations at their own game’ style. The rapid share price movement is a result of a ‘short squeeze’, where short sellers are forced to buy the stock in order to cover their short positions, which in turn has forced the stock higher and so on the trend continues. In this case Wall Street hedge funds had attempted to take advantage of what appeared to be a failing business by ‘shorting’ the company. In essence, by short-selling a stock, an investor is able to profit from the falling share price of a company. However, in this circumstance the bet has backfired, as an online group of individuals discussing their investments under the guise of reddit thread called ‘WallStreetBets’, decided to invest large amounts of their money in to GameStop, causing the initial spike in the stock and consequently forcing the hedge funds to cover their positions, causing the price to increase further. A lot of attention was garnered towards GameStop and WallStreetBets when Tesla CEO Elon Musk tweeted ‘Gamestonk!!’.

Although this situation may appear as an investing opportunity for some, market analysts are warning the stock will eventually come down, leaving many out of pocket. The situation is similar to that of Volkswagen in October 2008, where the vehicle manufacturer temporarily became the world’s most valuable company as a result of a short squeeze stemming from Porsche’s takeover bids. 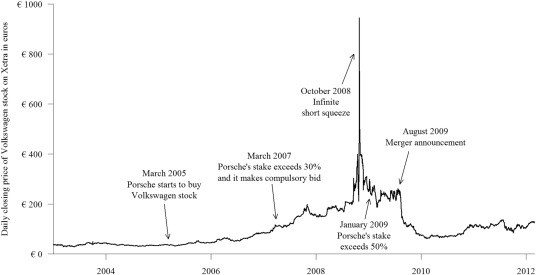