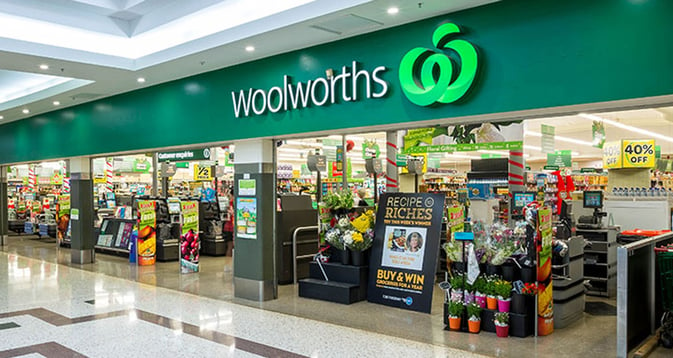 Woolworths has a market capitalisation of $46.5 billion. Woolworths has over $A60 billion of sales annually. This represents around 20% of retail sales in Australia. In terms of food and grocery sales, Woolworths market share is around 37% compared to Coles' market share of 29%.

What are the key features of Woolworths FY20 result?

Regarding Woolworths specific operations, Australian Food normalised sales increased by 8.3% in FY20. 1H20 sales grew by 6.4%, this was driven by the success of the Lion King Ooshies and Woolworths Discovery Garden community campaigns. In 2H20, sales grew by 10.4%, this was attributed to higher in-home consumption due to the COVID-19 pandemic.

New Zealand Food normalised sales increased by 9.1% in FY20. Like Australian Food, this result was mainly driven by the strong performance in 2H20 due to strong demand. This was caused due to government-imposed lockdown rules that only allow major supermarkets, pharmacies and dairies (convenience) to be open during 26 March 2020 to 27 April 2020.

Big W normalised gross profit as a percentage of sales increased by 60 basis points in FY20. The increase in margin of 137 bps in 1H20 partly offset by a shift in category mix during H2 towards lower margin categories including Leisure and Toys.

Endeavour Drinks normalised sales increased by 9.9% in FY20. This was attributed to higher in-home consumption due to government restrictions, which limited on-premise consumption of alcohol.

Hotel’s normalised sales declined by 19.5% in FY20. Hotel sales in 1H20 increased by 6.1% but in 2H20 sales declined by significantly. This was due to the closure of venues from 23 March 2020 due to government-mandated restrictions.

In the short-term, all of Woolworth’s business sales have benefited from the pandemic, apart from Woolworth Hotels. However, it is important to note that once conditions normalise and a vaccine is developed, sales growth should return to normal.

Woolworths is a defensive stock, with comparatively stable earnings and dividends. Over the longer term, Woolworths growth should be underpinned by population growth of around 1.5 per cent annually and running the existing business better than their competitors. In addition, Woolworths has captured a large section of the market, which should underpin long-term sustainable growth moving forward.

What is the market’s reaction?

The market reaction to Woolworths FY20 result is positive. Woolworth share price is up around 2.3% and is currently trading at A$40.17. Woolworth is trading at a forward P/E ratio in the low-thirties and has an annual dividend yield of around 2.5%.