What An Investment Grade Rating For Bank Hybrids Means For Your Portfolio?

Standard and Poor’s, one of the three major global rating agencies, recently upgraded bank hybrids from BB+ to BBB-. While the one-notch upgrade is not a significant change to their credit risk profile, meaning most retail investors won’t care much at first, it is a game-changer for institutional investors. This is because the rating change pushes the hybrids into investment-grade territory, allowing billions of dollars of institutional capital to access the hybrid securities.

S&P recently upgraded its economic risk score for Australia, which increases the maximum rating they can attach to certain asset classes. Rating agencies will not attach a credit rating above that of a sovereign for one of the country’s companies, as a general rule. This is because the government prints money and is typically assumed to be the lowest risk credit provider as a consequence. In the case of hybrids, an upgrade to Australia’s economic risk score feeds through to a potential credit rating upgrade, which S&P awarded the asset class on reduced housing bubble fears. 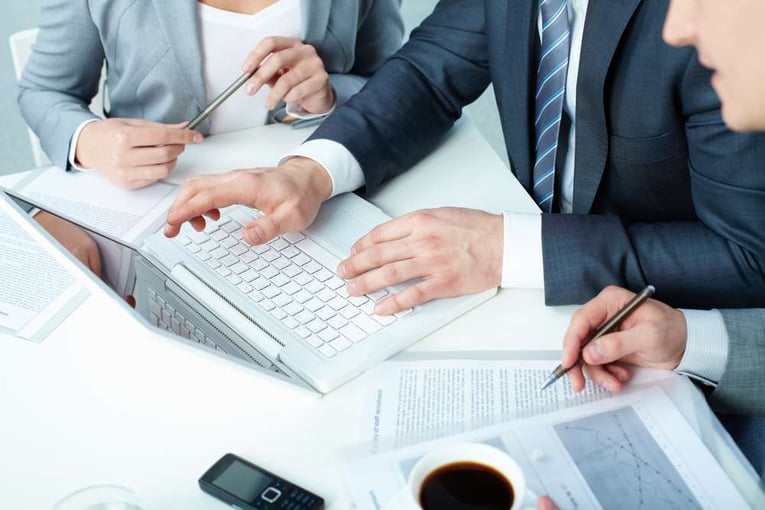 Hybrids at a Glance

While most investors are only attracted to hybrids after losing money on equities, the best time to buy them is often when equities are doing well, and portfolio risk needs to be readjusted. At present, they offer an avenue to hedge risk, while maintaining a yield well above bank interest rates. The advantage of hybrids is the ability to buy highly rated, safe income securities which guarantee a yield comparable to income stocks, but with less risk. Another advantage of hybrids is that distributions are paid out as fully franked dividends, increasing the cash flow of investors. The securities are designed for investors who are hunting for yield and don’t want to be 100% invested in the market.

The disadvantage of hybrids is that they are much riskier than debt securities. In the event of a bank liquidation, asset-backed bonds are the first to be paid out, followed by unsecured debt. Holders of hybrids are the last to be paid out before ordinary shares. As the hybrids are held in preference to ordinary shares, the share price of the banks would have to go to zero before holders of hybrids lost their initial capital. A further risk is that when the hybrids are converted to ordinary equity, there is the possibility of crystallising a capital loss between the price at which they are converted at and the time you sell the shares.

Another less well-known issue with hybrids is that their capital value tracks the bank shares very closely. This will not be an issue for investors looking for greater security of principal and minimising exposure to dividend cuts at the large banks but is an issue if investors want to sell the securities before they mature. This is because the securities will have a price graph and volatility profile more in line with bank shares than high-grade corporate bonds. A further disadvantage for people looking to hold them over 2-3 years is that they will obtain a yield which, though higher than bonds, is still a lot lower than ordinary shares of the large banks.

For investors who are already holding bank shares and may sell the hybrids before the 10-year holding period is up, it may be a useful exercise to examine overall exposure to banks with hybrid securities included. This is because of the correlation between hybrids and ordinary shares in the banks. If an investor has 20% of their assets in bank shares and 20% in hybrids, their total exposure to banks if they collapse or are recapitalised is 40%, and they could lose 40% of their net worth. While few people believe the big 4 banks will go bust, a more likely scenario is an investor being forced to sell their position in a recession, in which case 40% of their assets could decline 50%, leading the investor to crystallise a loss equivalent to 20% of their net worth.

These factors are unlikely to pose a great concern to investors, as hybrids can profit from falling interest rates since investors chase high yielding securities. While they fell in value during the GFC, this can largely be attributed to questions over the stability of the global banking system. The time when hybrids often outperform the broader market is a modest downturn where the solvency of the financial system is not questioned and central banks cut interest rates. Under these circumstances, demand for hybrids could hold up as investors chase yield and do not worry about financial sector stability. Here are three recent issues of hybrids from the big 4 banks.

NAB (ASX: NAB) released convertible notes on 20 March 2019, that are listed under the code NABPF. They maintain a yield that is the sum of the Bank Bill rate (currently 0.75%) and a 4.00% margin which is paid on top of the current Bank Bill rate. NAB is rated AA- by S&P, which is only one notch below the credit rating awarded to the British Government. This means that you are very unlikely to lose money by investing in the organisation’s debt. NAB has the option to convert the notes to ordinary equity in 2026, and they will mandatorily convert to ordinary shares in 2028 at the going market price. For example, if NAB shares trade at $50, the $100 convertible notes will each be replaced with two NAB shares. Investors who don’t want to hold NAB shares at this point could sell them to either buy another convertible note or invest the money elsewhere.

CBA’s PERLS XI Capital Notes pay the market interest rate + 3.7%, slightly lower than NAB’s 4.0% premium, but higher than the previous premium of 3.4% in the last issue of capital notes. Like NAB, CBA is rated AA-, putting it on the same level as several trusted sovereigns. Governments are generally awarded the highest credit rating in a country, given that they print the currency that the debt is issued in. The note will be exchanged in 2026 with an optional call date in 2024. Calling capital notes early sends a negative signal to credit markets, increasing borrowing costs, so it is unlikely that banks will call capital early.

ANZ’s Capital Notes 5 pays the BBSW (currently 0.75%), in addition to a margin of 3.80%, putting the income from those securities above CBA but below NAB. The bank shares the same AA- credit rating as the other two banks in this report. The notes mature in 2027 and are quoted on the ASX as ANZPH. The notes can convert two years early, like some of the other notes in this report, subject to APRA’s approval.