The ASX200 shaved off a third of its value during the onset of the pandemic from February to March 2020. Comparatively, the Rio Tinto share price in Australia went surprisingly well, having a depreciation of 17% during that same period, around half the fall of the leading index. Since then, the Rio Tinto share price has fully recovered and surpassed its pre-pandemic price levels. 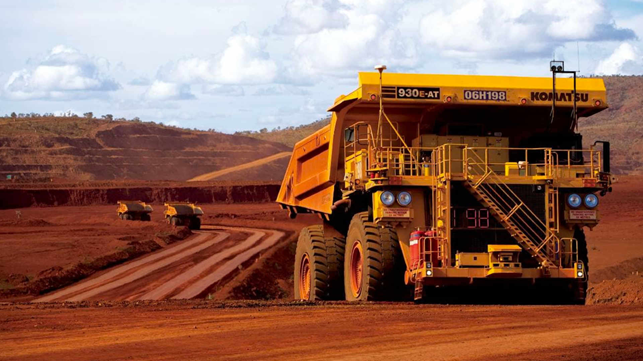 The main reasons that the Rio Tinto share price has performed fairly strongly and has maintained its strong prices is due to cyclical factors – namely the rally of the AU dollar against the US dollar and iron ore prices.

As most commodities are denominated in US dollars, the strong Australian dollar has increased the miner’s profit margin, with the AUD/USD having appreciated 20% since March 2020 and is hovering within a few cents of the $0.80 mark. The Australian dollar has strengthened over the past year due to the strong economic recovery Australia has experienced, as well as strong demand for Australian commodities with infrastructure stimulus globally, particularly in China, along with the record high commodity prices.

Iron ore prices have hit record highs, as global supply has not been able to keep up with China’s demand, with supply being impacted by Covid-19, particularly large supplying countries such as Brazil which have been one of the most impacted by the pandemic. As a price taking miner, the Rio Tinto share price is inherently exposed to risk of a downtown in commodity prices, with mining companies having a high operating leverage. To further explain, miners produce iron ore at a fixed cost per tonne, so its profits depend on iron ore prices which decides its revenue per tonne. Rio ASX value has been successfully riding commodity price tailwinds, where iron ore has been selling at over $200/tonne, in which the mining company makes huge profit margins with cost of guidance between $16.70 to $17.70 to produce – this will invariably be reflected in the Rio Tinto share price as a result.

With China’s quarter 1 steel output being up 16% year on year, there are no real indications of output, and thus demand for crucial inputs such as iron ore, slowing down. It is very important to note that whilst iron ore prices are at record highs, this is not particularly scaring off Chinese steel producers due to very healthy steel production margins driven from soaring steel prices. In fact,

The main risk in the Rio Tinto share price in Australia is from China cutting their output, with murmurs of this happening for environmental reasons. However, even with this, supply curbs in places such as Brazil is supportive of higher prices, as well as markets in the US, Europe and Asia as they look to infrastructure stimulus to help their respective countries out of the pandemic induced economies struggles, such as the potential passage of US President Joe Biden’s US$1.9 trillion infrastructure bill.

In light of these currency and commodity price tailwinds, the RIO ASX March quarter production report slightly missed market expectations – with softer production figures than expected. A 2% year on year fall for the quarter which was in turn blamed on labour shortages, poor weather, and fixed plant reliability. However, tonnage shipped increased as the company used up some of their reserves to take advantage of the current high prices, shipping 77.8 million tonnes, up 7% year on year. This leaves the prospective Rio Tinto share price to reflect their track to meet a target of shipping around 330 million tonnes.

On a less positive note that could invariably deflate the RIO ASX viability is from mixed results amongst its other materials exports, some of which has been impacted by the pandemic such as the increasing infection rate in Mongolia causing a halt of the Oyu Tolgoi copper mine expansion. This highlights downside risks, with potential for poor execution and higher capital expenditure in mines such as Oyu Tolgoi as well as Gudai-Darri hindering the RIO ASX performance.

Despite this, the overall Rio Tinto share price had a strong 2020 performance wise, paying out a final dividend of $3.97, as well as a special dividend on top of around $1.20 per share, amounting to $5.17 per share. This comes after generating a free cash flow of US$9.4 billion, with net debt of under a billion, further strengthening the prospective Rio Tinto share price & balance sheet.

This comes after a huge reputation hit as Rio Tinto destroyed the Juukan Gorge. Prompting new CEO Jakob Stausholm to make rounds around Australia to try and repair their public image – more importantly, their relationship and trust with Aboriginal communities. Their reputation damage was global, where for example the largest sovereign wealth fund in the world, the Government Pension Fund of Norway, put RIO ASX on its investment blacklist.

At the recent annual general meeting, shareholders voted 60% against the approved exit package given to former CEO Jean-Sébastien Jacques, as well as opposing the re-election of Megan Clark, chair of its sustainability committee. Chairman Simon Thompson, who is leaving the company next year due to the fallout, advised those keeping a keen eye on the Rio Tinto share price and shareholders that the board withheld as much as was ‘legally defensible’ under the terms set in 2016.

Rio Tinto to Pay Out Monster $12.4b in Dividends