At the Australian Stock Report, we are the brand self-directed investors have trusted for Australian stock market commentary and actionable insights for over 17 years. Our mission is to provide Australian investors with market news and research to make better investment decisions so they can protect their hard-earned savings, build a sustainable income to support their lifestyle, and achieve capital growth.

Australia is rebounding from the pandemic, with domestic economic growth forecast to reach 3.5 per cent this financial year. Some analysts predict it might be even stronger, possibly reaching as high as 4 per cent. 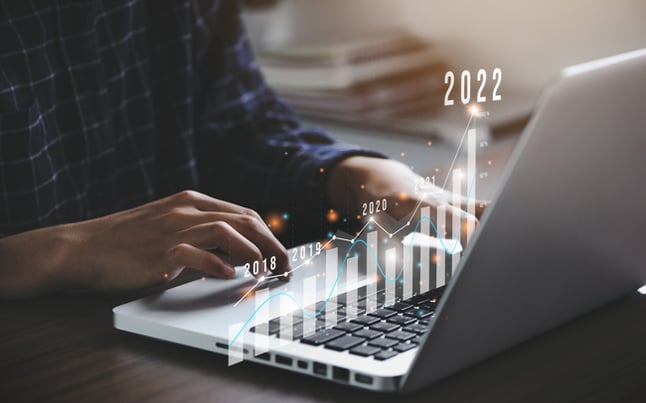 Much of this is due to the lingering impact of the Federal Government’s massive $343 billion health and economic pandemic support packages, as well as further spending in response to recent floods in New South Wales and Queensland.

The Government is also spending some $18 billion on infrastructure, mostly rail and road improvements, in an attempt to boost productivity and efficiencies throughout the economy, particularly in the regions.

Tightening geo-political tensions in Asia and around the world has prompted the Government to earmark as much spending again on strategic defence measures, including a new naval submarine base on the east coast.

The sudden, and largely unexpected, war in Ukraine has prompted a spike in oil prices as a shadow falls over the continued supply of Russian oil and gas to Western Europe. While prices will ease with the arrival of the Northern summer, they are expected to remain stubbornly high.

The war, along with continued supply interruptions due to the pandemic’s lingering impact on world trade, means prices for key commodities such as iron ore, coal, and wheat will remain high for the foreseeable future.

For Australia, this is, on balance, good news, meaning the price we are paid for key exports will remain strong, driving both domestic profits and Government tax revenue higher.

In line with this strong level of economic growth, domestic unemployment is set to fall to 3.75 per cent in the coming months, its lowest level in some 50 years.

Meanwhile, whole sectors, such as the aged care and child-minding sectors and a number of agricultural sectors, are reporting desperate staff shortages, prompting calls to lift migration levels and allow more temporary workers into the country.

Nonetheless, low wage growth continues to dog the economy. While the Government is forecasting quarterly wage growth of 3.25 per cent by the middle of next year, this is still below the expected inflation rate, meaning most Australians will face little relief from higher living costs.

Nonetheless, the continued strength of Government spending, combined with prevailing strong terms of trade, should boost profits across the board, leading to higher returns for investors. Australian shares on the ASX should expect to rise in price, with the stock market of Australia growing as a whole.

Despite some clouds on the horizon

As always, there are clouds on the horizon. The United States was already facing inflationary pressures, and the impact of the Ukraine war on oil prices is likely to push the US inflation rate higher still, possibly touching 7.9 per cent this year.

The US Federal Reserve has started to pull monetary policy back in with a series of interest rate hikes, fanning fears that the US economy may fall into recession later this year.

The US is not alone. The Australian Federal Treasury expects global trade bottlenecks (the war in Ukraine and higher oil and food prices) to prompt an uptick in the local inflation rate above the Reserve Bank’s preferred inflation band of 2.5 to 3 per cent.

Rising inflation is, in turn, spurring fears of a domestic interest rate hike, with many analysts expecting the cash rate to increase by one full percentage point, which could cause home loan rates to rise across the country.

With the changes in the country and world, the stock market in Australia today should see prices increase, and overall growth.

This article is provided for informational purposes only and does not purport to contain all matters relevant to any particular investment or financial instrument. Any market commentary in this communication is not intended to constitute “research” as defined by applicable regulations. Whilst information published on or accessed via this website is believed to be reliable, as far as permitted by law, we make no representations as to its ongoing availability, accuracy or completeness. Any quotes or prices used herein are current at the time of preparation. This document and its contents are proprietary information and products of our firm and may not be reproduced or otherwise disseminated in whole or in part without our written consent unless required by judicial or administrative proceedings. The ultimate decision to proceed with any transaction rests solely with you. We are not acting as your advisor in relation to any information contained herein. Any projections are estimates only and may not be realised in the future.
ASR has no position in any of the stocks mentioned.