What Are The Best Asset Classes To Buy In a Correction?

The S&P 500 fell 2.98% overnight, it’s worst one day decline of the year, as the US-China trade war escalated, and investors took profits. The move wiped $700bn off the value of US equities overnight, a figure which amounts to almost half of Australia’s GDP. China officially weaponised the yuan following the US announcement of $30bn in additional tariffs, which the US responded to by labelling China a currency manipulator. 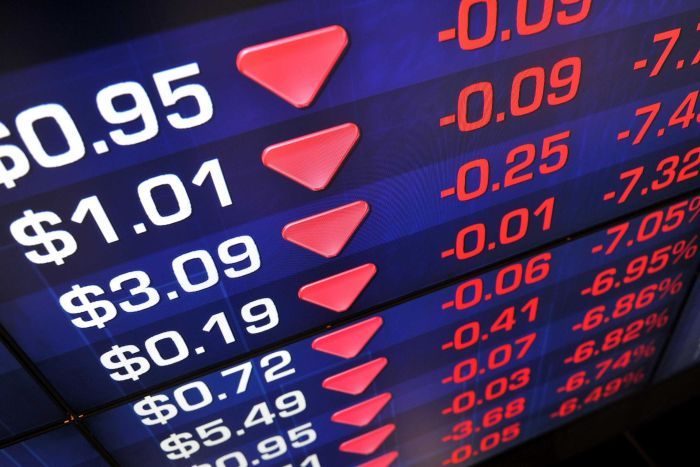 US futures are pointing to another sharp selloff when Wall St opens, taking the US market to within 3% of correction territory. The ASX 200 fell slightly under 3% on the open, so we are not immune to the storm in offshore markets.

Market corrections, constituting a 10% selloff in the stock market, generally occur at least every one to two years. While commentators typically talk endlessly about fears of a recession in such scenarios, they mostly do not end up in a recession. This is particularly true of a correction caused by an easily reversible negotiating stance from a president whose re-election chances would be hurt by a US recession. The market is particularly vulnerable to a correction at the present time, given how much equity markets rallied at the start of the year. One week ago, our research team gave our clients this timely warning a week ago leading into reporting season:

We caution investor exuberance and suggest a cautious and prudent approach coming into this reporting season.

This report will go through the causes of the correction, scenarios for how the situation could deteriorate and safe havens which investors can use to protect their capital in a correction. As more experienced traders know, much of investing is psychological. This is particularly true when portfolio values move down suddenly, and it is important to make sure any decisions you take are not made emotionally or with haste.

Why did the stock market drop?

The trade war has been the main catalysts for the selloff, starting with the US announcing tariffs on 10% tariffs on the remaining $300bn of Chinese goods on Friday. China subsequently responded by banning state purchasers from buying American agricultural products, a move that targets a key Trump constituency and is likely to exacerbate the Trump administration. As mentioned in the recent ASR Wealth FY20 Economic and Markets Outlook, the bilateral trade relationship accounts for less than 1% of global trade, and we are looking to fade major trade war-related market selloffs. It remains to be seen whether this selloff will culminate in a more serious market correction.

In response, the PBOC allowed the yuan to slide below the psychological level of 7 to the US dollar, the lowest exchange rate in a decade. The Chinese Government also said that they are happy to weaponize the yuan, a decision that infuriated the US, which has long accused the Chinese Government of manipulating the Yuan. Trump responded by officially labelled China as a currency manipulator overnight, and the treasury is taking their currency manipulation allegations to the IMF. This provides a further Chinese government will tolerate more sustained yuan weakness below the 7.2-7.3 level, which is likely in the face of additional tariffs. Sustained yuan depreciation increases the local currency value of offshore debt, making it harder for local firms to service and increasing the chance of a balance of payments crisis. Chinese authorities must balance this factor with a deteriorating trade surplus in formulating currency policy.

Recent pro-democracy protests in Hong Kong have also been weighing on market sentiment around Asia. Protestors have blocked flights in the financial capital and are increasingly involved in violent clashes with police. Beijing has indicated that its tolerance for the more violent protests is reaching breaking point, although it is still unclear how far authorities will go in policing protestors in the face of international opposition. HSBC slashed full-year GDP numbers for Hong Kong to 1-1.5%, a sharp slowdown from the 3% figure reported last year. On the economic front, the UK is projected to grow at 0.0% due to rising economic uncertainty over Brexit.

Reporting season has revealed results which are roughly in line with estimates, with companies that substantially beat estimates being more scarce than usual. This has weighed on sentiment because positive earnings momentum has aided the equity market rally thus far. Eyes will be on companies still due to report in the local earnings season, which is likely to provide direction to the ASX over the next few months.

Will there be a market correction in 2019?

Corrections will generally begin with most of the market viewing the sell-off as a buying opportunity, after which most of the capital sitting on the sidelines has gone back into equities. This reduces the buying power of bulls, resulting in further negative news leading to sharper selloffs. As previously confident investors with solid businesses see further selloffs, many investors get frightened of the price action and sell, creating a downward spiral that culminates in a more serious market correction. As stocks become much cheaper, some of the bears turn around and the correction eventually ends.

The current 3% market selloff has most likely used up the easy firepower that typically stabilises markets, meaning that investors should expect further selloffs on bad news. An escalation of the trade war could see higher tariffs between China and the United States, in addition to a full-blown currency war. The US is taking China to the IMF to resolve its currency manipulation allegations, which does threaten to broaden the trade war by compelling other countries to take sides. Under this scenario, the trade war would be more dangerous than one confined to the US and China, whose trade relationship makes up a small percentage of global GDP.

Should you buy Bonds during a market correction?

US Treasuries have been the big winner, rallying heavily off the intensifying trade conflict and projected Fed rate cuts. Bond markets are pricing in a 40% chance of three Fed rate cuts this year, a dramatic turnaround from the start of the year where most investment banks were projecting two to three hikes. Bonds give guaranteed fixed interest payments to maturity and rally when interest rates fall. To illustrate this point, suppose the going interest rate on 10-year bonds is 2%, and a $100 bond sells for $100 with a promise of paying 2% a year. If interest rates drop and $100 bonds now yield 1.8%, it is worth paying more than $100 for a bond that yields 2%.

10-year treasury yields have fallen 76 basis points this year, making 2019 one of the best years for bonds so far. Further market selloffs and deteriorating economic data around the world will increase the chance of additional interest rate cuts and cause a rally in bond prices. A common misconception is that bonds provide low returns because interest rates are low, but this argument completely ignores the capital growth component. The iShares Barclays 20+ Yr. Treasury Bond ETF, for instance, has rallied by 14% this year before interest rate payments, a pretty solid return for lending to the US government. Bonds are thus a far better alternative to cash when hedging equity market risk.

While many individual investors will find it difficult to access and trade bonds, bond ETFs allow you to buy a basket of bonds on the open market. US, Swiss and Japanese bonds typically rise most in corrections, partially because their currencies are also viewed as safe-havens and rise accordingly. A long-term bond ETF would rise most in a correction, but three to five-year bonds are generally viewed by leveraged traders on Wall St as the best way to play a downturn in the economic cycle or shorter-term market correction.

Buying REITs, Infrastructure and Utilities in a Recession

With rapidly falling bond yields driven by declining interest rates globally, companies that carry large amounts of debt but have stable earnings are set to outperform the market. This because their cash flow bases are safe, minimising downgrade risk, but a falling interest bill has an outsized effect on their profit. Even if the vehicles re-rate to lower PE multiples, the increase in profits will offset some of this decline.

If there is an actual recession however, investors would do well to exercise caution over businesses with high levels of debt. REITs were the worst-performing sector on the ASX in the GFC, because of a 25% correction in commercial property and high levels of debt combined to result in huge declines in net asset values. There were few risk-takers in financial markets at the time, which resulted in further declines where the prices of the REITs fell below their net tangible asset (NTA) value in many cases. In a moderate downturn, however, REITs can still outperform the broader market since the effects of rising earnings offset multiple contractions.

Since most investors do not want to exit the stock market completely in a correction, it is worth considering what assets will outperform the market. Defensive stocks, with reasonable PE multiples and stable valuations, will typically outperform in corrections. This is because people are generally concerned about a potential recession or downturn during market corrections, in which companies that produce essential goods and services will see demand little changed.