APA Group (ASX: APA) is an energy infrastructure company that owns gas pipelines, electricity assets and power stations. In APA’s investor day presentation, FY2021 guidance was of an underlying EBITDA of $1.625 billion to $1.665 billion, which won’t represent annual growth unless reaching to top of their guidance range. 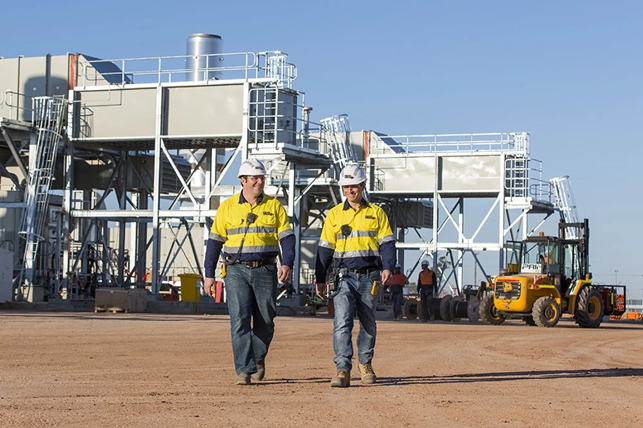 APA share price was impacted recently when reached a deal with Origin Energy to expand capacity on the East Coast grid, which will link Queensland with southern markets including NSW, Victoria and South Australia. The Financial Investment Decision (FID) was reached due to strong demand from customers for the increased transportation capacity, which is expected to be completed by 2023, in time for the winter gas supply risks forecasted for the winter of 2023. According to the Australian Energy Market Operator, supply is forecasted to fall 35% in the next five years from southern gas developments. With this expansion plan, the deal with Origin Energy for gas transportation seals the ability of APA, and APA stocks increased when APA promised to deliver this increased supply for the next 3 years, with an option for a further 2 year extension. This initial deal is expected to generate $190 million in incremental revenue.

This particularly benefits the APA group share price in light of competition tailwinds, where projects such as the Crib Point LNG import terminal was blocked by the Victorian government due to environmental concerns, increasing the need for the North-South gas transmission and increasing flexible revenues.

Looking forward, gas still remains a key medium term focus in Australia, currently accounting for 24% of Australia’s energy mix, with its gas assets supplying a large proportion of Australian’s, with their earnings guaranteed to an extend by the energy regulator. However, with $68 billion worth of investment opportunities in Australia until 2040, just $8 billion of it is in gas, compared to $40 billion in renewables and energy storage, and $20 billion in electrification. This structural change will hurt the APA group share price in the long term, with APA’s monopoly asset holdings in gas where gas is becoming a shrinking market. By 2050, the contribution of gas to Australia’s energy mix will be just 15%, compared to wind and solar which are expected to increase from 28% to 59% of Australia’s energy mix from now to 2050, with notably a generation capacity growth of 3 times, essentially meaning that the energy and solar base will increase by 6 times in the next 30 years.

This is where APA places the focus in buying and developing more renewable energy assets as a way to combat long term structural decline in gas. However, APA Group is currently the 8th largest owner of renewable energy assets in Australia, compared to being the largest owner of gas assets, which clearly shows the market position headwinds that will hit APA Group as Australia transitions from gas to renewables, affecting the APA group share price significantly.

APA is making a play for the US market, identifying its opportunities compared to Australia, with US$2.7 trillion in investments required in the US, which clearly has much greater capacity and has affected the APA stocks. The US has built in dynamics which makes it a favourable destination to expand gas operations, being the world’s largest consumer of natural gas, being a low-cost energy source, colder winter climate regions and favourable regulatory environment, which will allow APA company and APA stocks to leverage their existing capabilities in owning, operating and developing energy infrastructure. APA is focusing on an initial expansion in the US in the range of $2-3 billion.

APA stocks are a solid investment for dividend payments, with distribution per security increasing every year since 2005, having increased 6.4% last year to $0.50 per share. This is particularly impressive given that many ASX dividend paying stocks had greatly reduced or even scrapped dividends during 2020 due to Covid-19 pandemic related struggles. The consistent cash flow generated by APA Group’s energy infrastructure assets allows them to fund the increasing dividend payments of APA stocks. APA stocks have given guidance of a dividend of $0.51 for the year, which at current prices is a dividend yield of 5.3%.

The very safe yield that APA stocks offer causes them to be labelled as a ‘bond proxy’, as a very secure defensive stock whose income stream is derived from essential infrastructure, in which the energy regulator guarantees it regulated income and in turn a regulated return on equity. The predictable and more or less guaranteed earnings allow for a safe yield year by year, in effect functioning similar to a bond. However, as APA stocks act as a bond proxy, it is exposed to current yield trends, and as yields have been rising for 10-year government bonds, bond prices have decreased and thus has become comparatively a more attractive investment, leading to a decline in APA share price in this same period. Thus, with a sentiment of further rising of bond yields in the future, APA share price is exposed to this trend which is something investors need to cautiously monitor. The APA share price is definitely one to monitor in the long term.